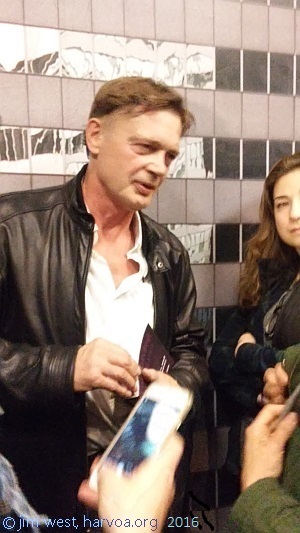 Andrew Wakefield -- I had read about his famous retracted study, but had never directly read the study.

It had seemed obvious that his formidable critic, Brian Deer, is a slime-ball.

Now I'm reading Wakefield's study, as published in The Lancet, 1998. "A. J. Wakefield" is first on the list of authors, as the "senior scientific investigator".

The study reviews 12 children with developmental and intestinal disorders. It associates these symptoms with "environmental triggers", of which, the attenuated viruses of the MMR vaccine are the main focus. [ref]


The word "antibiotic" is mentioned early, yet only once in the entire study.

Wakefield is bent on avoiding toxicology!

Antibiotics are a common treatment for children. The study's listed "behavioral symptoms" could be the result of the overuse of antibiotics. Antibiotic-resistance could be a bad explanation for the failure of antibiotics for a disease which is actually not infectious, but rather toxicological. Antibiotics would just compound toxic damage.


Doreen Granpeesheh, PhD, describes two apparent triggers for autism. A) "Very high use of antibiotics", and B) "Families reporting" vaccines prior to autism.

Granpeesheh is the founder of The Center for Autism and Related Disorders. Her statement is found in Vaxxed, Wakefield's movie (how ironic).

Polly Tommey is one of the movie's producers. She reported that her son was vaccinated prior to her son's autism, however, if you listen carefully to her interview in Vaxxed, the vaccine symptoms merely triggered her -- to bring her son back to the doctor for a regimen of antibiotics.

I attempted to speak with Polly at the NYC movie premiere, but she blew me off, saying, "I'm not smart." I ignored that nonsense, but she repeated, "I'm not smart. Talk to my husband." Mr. Tommey was also unapproachable in the limelight.

Clearly, antibiotics should have been a major concern in Wakefield's study of "environmental triggers".

The study ignores neomycin, a known risk for anaphylactic reactions. This is MMR's antibiotic preservative.

The study mixes the terms, "environmental" and "virus", thereby eliminating the dichotomy (environment vs germ) as a tool for toxicological considerations.

It suggests MMR is an "environmental trigger", however, a trigger must trigger something, such as a pre-existing vulnerability. The study advocates the most highly funded industrial view, "genetic predisposition".

Genetic predisposition is based on twin studies. This is an admittedly weak type of study, which depends on The Equal Environment Assumption, an impossible assumption for twins in a womb exposed to, for example, hazardous ultrasound examinations.

Note that the autism histories of Cuba and Japan completely exculpate the MMR yet add to the evidence for ultrasound causation. [ref]


The selection criteria is missing. How were the 12 children selected?

The term, "consecutively referred", implies an explanation, but there is none.

12 children, consecutively referred to the department of paediatric gastroenterology with a history of [developmental delay and GI tract disease], were investigated.


Selection criteria can determine the outcome of the study.

Were the 12 subjects picked out of the clear blue sky?  For what specific purpose were they referred? Who requested the children, and how, what context, what letter, what language? Who referred the subjects to the department? What filters were run for any removal of inappropriate subjects?


The control group in any study, consists of the healthy subjects. Wakefield acquired his 32 control blood samples at his son's birthday party. He say he paid the children and acquired permission from their parents.

He claims these were "healthy controls" but there is no mention of how he determined their health and private medical histories. His study does not describe his control selection process as that would be an embarrassment, defeating the study outright.

He did not obtain ethics committee approval.

As an example of Wakefield's arrogant confidence in his ability to manipulate people, he sprung his blood-sucking party game on children as young as age 4, at a party where the ability to make a private choice was not possible. The children and their parents were the victims of herd manipulation.

It would not be easy to remove your child from this party or its blood ritual. To deny or complain might mean no more invitations to the house of this rising star in the medical field. You and your child would be cast as cynical kill-joys and there would be subtle social consequences.


How the case against the MMR vaccine was fixed:

- The Lancet paper was a case series of 12 child patients; it reported a proposed “new syndrome” of enterocolitis and regressive autism and associated this with MMR as an “apparent precipitating event.” But in fact:

- Despite the paper claiming that all 12 children were “previously normal,” five had documented pre-existing developmental concerns

- Some children were reported to have experienced first behavioural symptoms within days of MMR, but the records documented these as starting some months after vaccination

- The parents of eight children were reported as blaming MMR, but 11 families made this allegation at the hospital. The exclusion of three allegations—all giving times to onset of problems in months—helped to create the appearance of a 14 day temporal link

- Patients were recruited through anti-MMR campaigners, and the study was commissioned and funded for planned litigation


According to the figures, released under the Freedom of Information Act, Wakefield was paid £435,643 in fees, plus £3,910 expenses.

Wakefield’s work for the lawyers began two years before he published his now notorious report in The Lancet medical journal in February 1998, proposing a link between the vaccine and autism.

Wakefield did not mentioned this in the study.

He says that the payments were actually for a subsequent study (but from the same interested parties). He says he didn't read the fine print as he filled out the conflicts of interest area for the publication application. He says he personally did not find his finances embarrassing and that was good enough to stay silent. [ref]

Richard Horton, senior editor of The Lancet, stated that if the peer-reviewers were aware of this conflict, the study would never have been published.

Wakefield's defenses are based on claims of good intentions, and little science. For example, he defends himself during his 2010 interview with Alan Golding by highlighting his moral sense, his desire to help the families of autistic children. [ref]


Wakefield uses humility to steer autism research towards virology and away from toxicology.


We did not prove an association between measles, mumps, and rubella vaccine and the syndrome described. Virological studies are underway that may help to resolve this issue.

Virology, as a disease causation paradigm, is moot because it does not discount pollution factors. [ref]

Wakefield is a medical soldier. He claims to have paused to help families that were damaged by friendly fire. His army prosecutes him for misrepresenting the friendly fire. A public argument ensues, obfuscating the position of the actual unfriendly fire.

Wakefield might have gotten a pass if he were not critiquing a vaccine, however, the premier medical publication, The Lancet, readily published his study without sufficient challenge. His flawed study dangled in The Lancet, a planted seed, awaiting its use as a polarizing device.

How is it possible that this grossly invalid study with anti-vax implications survived the usual biased peer review?

a) No selection criteria

b) No valid controls

c) No conflicts of interest listed

No selection criteria: The Lancet cannot be forgiven.

No valid controls: The Lancet cannot be forgiven.

No conflicts of interest listed: The reviewers for The Lancet might be forgiven, because they were not informed of the conflict of interest, though Wakefield claims Horton knew.

No toxicology, and no virology supported: In the context of politics, these are somewhat forgivable for all parties, because this is the hard real politic of publishing in Medicine. Strong toxicology is not allowed. Strong challenges to virology are not allowed.

Politically, the study and Wakefield's attention-grabbing scandal is valuable to industry as a disinformational, polarizing dynamic.

Wakefield is persecuted mainly by Brian Deer, The Lancet, UK General Medical Council, and the mainstream media. As a charade, they and Wakefield are merely avoiding toxicology under cover of great ethical concern.


Long ago, Wakefield joined with Mark Blaxill, a well-paid omnipresent leader of the autism/vax movement who has been described as a shill and former pharma consultant by investigator Jake Crosby. [ref]

Wakefield, the pro-vaxer, is the martyr for cheering anti-vaxers. He advocates that the 3-in-1 MMR injection be applied as three separate injections. By obsessing on the unconfirmed validity of these three viruses (Measles, Mumps, Rubella), Wakefield advocates three toxic vaccinations instead of one. Update: Wakefield is becoming more anti-vax, but he still maintains the same energy-sucking arguments that avoid the scientific fundamentals, as listed above. [ref]

The co-authors survived the legal procedures that netted Wakefield. They did not come to his defense. Wakefield forgives them, saying their choice is "human nature".

Wakefield says he won't debate Deer because Deer is beneath him.

Vaxxed shows Wakefield with a few colleagues at the famous 1998 press conference at the Royal Free Hospital. One is grim and the other is covering his face as Wakefield presents his study. I doubt this is only because of pharma politics.

_________________________________
Disclaimer: The author is not an authority or professional. For medical advice, see a trusted professional without delay. All statements are hypotheses for discussion. Constructive criticism is welcome.
Fair Use Act Disclaimer.
This site is for discussion purposes only.
Copyright Disclaimer under section 107 of the Copyright Act 1976, allowance is made for “fair use” for purposes such as criticism, comment, news reporting, teaching, scholarship, education and research.
Intellectual Property Rights
The intellectual property aggregated and redistributed in this site is for educational use only and is considered protected by standards of fair use. Intellectual property owners have been cited where possible. Original material produced for this site is copyright Jim West / harvoa, All rights reserved.
Please support this work by sharing, buying books, or donating.
- August 01, 2019

by Jim West   (please share and cite)   from Chapter 3 of DUS Book2B  (not yet published, but Book1 is) A common disease, chorioamnionitis, ... 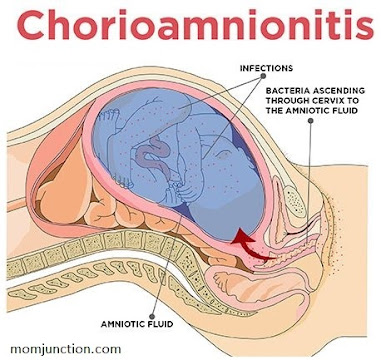