It might be important to confirm the rabies causation paradigm, which for over a century, has been the “rabies-virus”. This paradigm was established by Pasteur long ago, without modern science technology.

Pasteur had no microscope capable of seeing a virus. He had few animals as subjects. His work has been expertly reviewed and found shoddy and biased.

Even with modern technology, the related environmental toxicology was apparently not discounted in terms of causation, in which case, the virus paradigm would be moot.

Rabies became a public issue in the latter 19th century, during the era when the mass application of arsenic and lead pesticides became prominent on farms. It should not have been a surprise to see animals staggering from the effects of pesticides in an era without EPA regulation or proper chemical labeling.

Soon after the appearance of this historical coincidence, Pasteur began his work.

Note that the image of a mad “rabid dog” baring its teeth is apparently a dramatic medical market image. The usual symptoms of rabies are actually lethargy, as if neurologically poisoned. 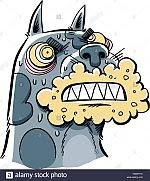 The Private Science of Louis Pasteur 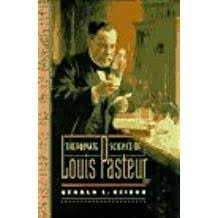 
Every generation gets the Pasteur they deserve.

A review of Geison’s book, from The Independent:

and from Geison’s obituary:


His biography of Pasteur was viewed as an outstanding work of scholarship which penetrated the secrecy that had surrounded much of the legendary scientist's laboratory work.


Gerald L. Geison went on to earn a doctorate in Yale University's Department of the History of Science and Medicine in 1970 and then joined the Princeton faculty, where he was a professor in the history department and the Program in History of Science.

He wrote two books, The Private Science of Louis Pasteur (1995) and Michael Foster and the Cambridge School of Physiology: The Scientific Enterprise in Late Victorian Society (1978), and edited four more. In addition, he wrote about 40 scholarly essays and book reviews and contributed 20 articles to the Dictionary of Scientific Biography.

He received many honors and invitations to lecture on his work. The American Association for the History of Medicine awarded its 1996 William H. Welch Medal to Geison's book on Pasteur.

Geison is, of course, widely criticized by authorities.


________________________________
Disclaimer: The author is not an authority or professional. For medical advice, see a trusted professional without delay. All statements are hypotheses for discussion. Constructive criticism is welcome.
Fair Use Act Disclaimer.
This site is for discussion purposes only.
Copyright Disclaimer under section 107 of the Copyright Act 1976, allowance is made for “fair use” for purposes such as criticism, comment, news reporting, teaching, scholarship, education and research.
Intellectual Property Rights
The intellectual property aggregated and redistributed in this site is for educational use only and is considered protected by standards of fair use. Intellectual property owners have been cited where possible. Original material produced for this site is copyright Jim West / harvoa, All rights reserved.
Please support this work by sharing, buying books, or donating.
- June 01, 2019 4 comments:

by Jim West   (please share and cite) Steve Kirsch and Dr. Mercola have had much publicity in the mainstream media for being Top Misinforma...