Colds and influenza can be misdiagnoses of common environmental hazards.

First priority (just ask your doctor) when encountering symptoms, is to review your environment.

The following may seem trite, yet it is a simple reality which cannot be overstated. Use your symptoms as a divining rod to solve the ubiquitous environmental puzzles. Your symptoms are your vision, and industrial media works 24/7 to keep you blind.

Ventilation: A stove requires an outlet fan and an inlet window or vent, positioned far from the outlet fan. Open windows without fans do not function in dead winds.

Medical stressors such as prenatal X-rays and ultrasound can establish fundamental vulnerabilities to any subsequent environmental stress. Ref: A New Bibliography

Flu-like symptoms are the symptoms of most chemical pollutants (air pollution, construction gases, etc) and this listed as a warning on laboratory chemical container labels. These symptoms are also the initial symptoms of common diseases (measles, polio, AIDS, colds, flu, smallpox, chickenpox, etc).


The British government, tried to pass off  The Great London Smog of 1952, as an INFLUENZA epidemic, calling it "The Great London Fog". They tried hard but coal smog was overwhelmingly obvious. The government eventually admitted it was misrepresenting. 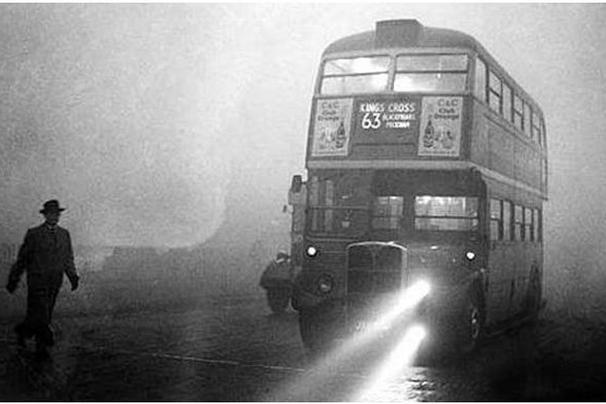 6,000 Londoners died and 25,000 later qualified for benefits related to illnesses and disabilities.

Devra Davis has researched and written an excellent article in History Today.


April 23, 2009, St. Francis Middle School -- the epidemic began suddenly. Many students began lining up outside the nurse's office at 9:30 a.m. They continued to line up during the rest of the day. The school nurse called the NYCDOH at 10:30 a.m. A total of 102 students were sent home.

More than 100 students at St. Francis Preparatory School in Queens were suddenly hit with fever, sore throat and other aches and pains.

'I just saw lot a lot of kids lined up along the wall near the nurse's office," sophomore Kelsey Dittmeir said.'

By 10 a.m., dozens of students were pouring into the hallway outside her office, sitting miserably on the floor, nauseous and confused.

The nurse called Dr. Gary Krigsman, who referred her to the CDC's Ada Santiago. One hundred and two students were sent home by the nurse on Thursday, and 80 more on Friday.

With such suddenness, questions must be asked: Is this a replicating virus, spreading upon contact with a few people. Or is this a sudden increase in air poisoning? Students suddenly became ill at school during an unusual period of intense air pollution specific to the school.

Why did the NYCDOH assume the virus paradigm and avoid environmental studies?


Coinciding with the epidemic apex is a set of unusual wind patterns, bringing high concentrations of expressway pollution to bear on St. Francis, as a straight unwavering slow wind scenario for 12 unrelenting hours.

Wind patterns for the epidemic apex (April 23) have been studied in detail with Wind Vector software. See satellite photo "Wind Patterns 3–4 a.m.," where, for clarity, only wind patterns passing through St. Francis are designated. This reveals a steady focus of expressway pollution into the school, saturating its structure before school hours, and throughout the school day, from 12am to 12pm..

___________________________________
Disclaimer: The author is not an authority or professional. For medical advice, see a trusted professional without delay. All statements are hypotheses for discussion. Constructive criticism is welcome.
Fair Use Act Disclaimer.
This site is for discussion purposes only.
Copyright Disclaimer under section 107 of the Copyright Act 1976, allowance is made for “fair use” for purposes such as criticism, comment, news reporting, teaching, scholarship, education and research.
Intellectual Property Rights
The intellectual property aggregated and redistributed in this site is for educational use only and is considered protected by standards of fair use. Intellectual property owners have been cited where possible. Original material produced for this site is copyright Jim West / harvoa, All rights reserved.
Please support this work by sharing, buying books, or donating.
- May 02, 2019

by Jim West   (please share and cite) Here I am extending text found in my first book on ultrasound. A child has one testicle bigger than...